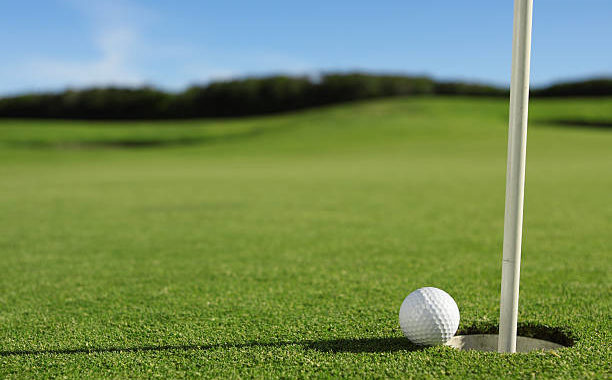 In 2015, a charity called Old White Charities, Inc. conducted a “hole-in-one” contest at the Greenbriar Classic Pro-Am golf tournament. As part of the promotion, Old White promised to pay each fan at the 18th hole $100 for the first hole-in-one and $500 if there was a second hole in one. As with all of these kinds of promotions (hole-in-one contest, half court basketball shot contest, etc.) the promoter or charity then purchases a policy of insurance to cover when someone makes the shot. In this case, Old White purchased a policy which required that the minimum yardage requirement for the contest hole be 170 yards.

Amazingly, two golfers made hole-in-ones at the tournament which meant Old White had to pay $200,000 to the golf fans. But, even though the insurance policy provided for a minimum yardage of 170 yards, the hole at the contest was just 137 yards. Not surprisingly, when Old White went to the insurance company and asked them to ‘pay up’, the insurance company denied the claim. Even though Old White argued that they had a reasonable expectation of coverage the U.S. Court of Appeals for the Fourth Circuit said that the policy controlled and the charity would have to pay the prize from its own pocket and the Insurance company would pay nothing.

Having lost their case against the insurance company, Old White then tried to sue their insurance broker, Bankers Insurance LLC, and argued that Bankers was negligent in completing the insurance application, failed to properly inform on negotiations, failed to review the binder, and failed to secure the type of coverage that Old White requested, and other alleged broker errors. Old White v. Bankers Insurance, United Stated District Court for the Southern District of Virginia, Civil Action File No. 5:17-cv-01375.

On June 27, 2018, the District Court entered its ruling and denied any relief to Old White. The court pointed out that Old White knew there was a yardage requirement in the application which Old White read and signed (although a lesser one than in the final policy). Because Old White knew about the shorter yardage requirement in the application, Old White was not able to escape and would have to pay from its own pocket, and the Brokers were also off-the-hook.

This case is a stark reminder that when entering into contracts for insurance, it is extremely important for consumers to read the applications they sign and to read the policy when it is sent to them. Make sure the coverage you are purchasing is actually the coverage you need!

The Law Office of Todd C. Passman handles insurance disputes, both first or third party matters. If you need legal assistance please do not hesitate to contact Todd C. Passman today, at (772) 465-9806 or fill out the contact form on this page. Someone from our office will contact you right away.